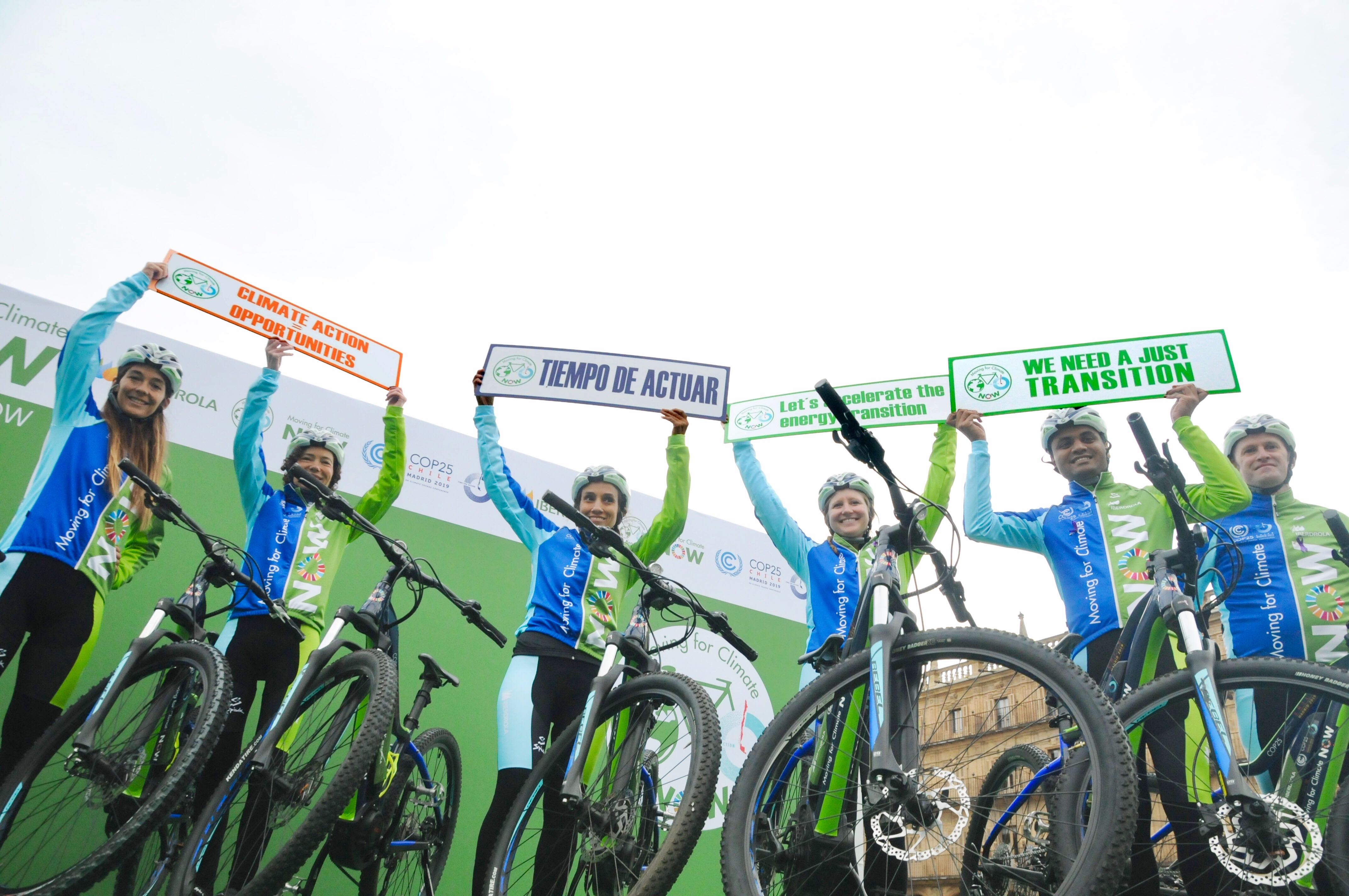 The fifth Moving for Climate NOW cycling journey departed from Salamanca on November 25th 2019 and will arrive to Madrid on December 1st 2019. This ongoing trip is promoted by Iberdrola and supported by the United Nations Framework Convention on Climate Change (UNFCCC) and the COP25.

The route consists of 500 km and it will be ridden on electric bikes by a multidisciplinary cycling team of more than 50 people. This year once again, the participants come from different countries and organisations; they are representatives from diverse companies, administrations or non-profit organisations. In the past five years, international organisations such as the European Commission, the European Investment Bank, the United Nations Convention for Climate Change (UNFCC), the World Resources Institute (WRI), the International Energy Agency (IEA) or again the International Renewable Energy Agency have all been represented.

Through this cycling challenge, the participants and the organisations they represent aim to raise awareness about the need for urgency when it comes to taking action to tackle climate change. They want to show that ambition is needed to achieve the goals that have been set by the Paris Agreement, and that countries need to come together and join their efforts in all fields to put a stop to climate change and the consequences it brings about.

Since the start of Moving for Climate NOW, more than 2,700 km have been travelled; towards Paris for COP21, Marrakesh for COP22, Bonn for COP23 and Katowice, Poland, for COP24. This year, the Climate Summit will be held in Madrid on December 2nd, under the presidency of Chile. The representatives who are participating in the bicycle trip will arrive the day before, on Sunday 1st December. This Summit will be the occasion for them to deliver a ‘Manifesto to Combat Climate Change,’ which is meant to give insight on how this team intends to tackle climate change issues. They will therefore detail the principles they consider are the most essential to meet the goals that were set by the Paris Agreement during the COP21.

The Manifesto that will be delivered at the Climate Summit in Madrid underlines the importance of coming up with ambitious climate initiatives, and also the urgency that can no longer be ignored. It will highlight the necessity to keep the increase in temperatures under 1.5°C. In other words: a situation of zero net emissions is the objective, which needs to be achieved by 2050. 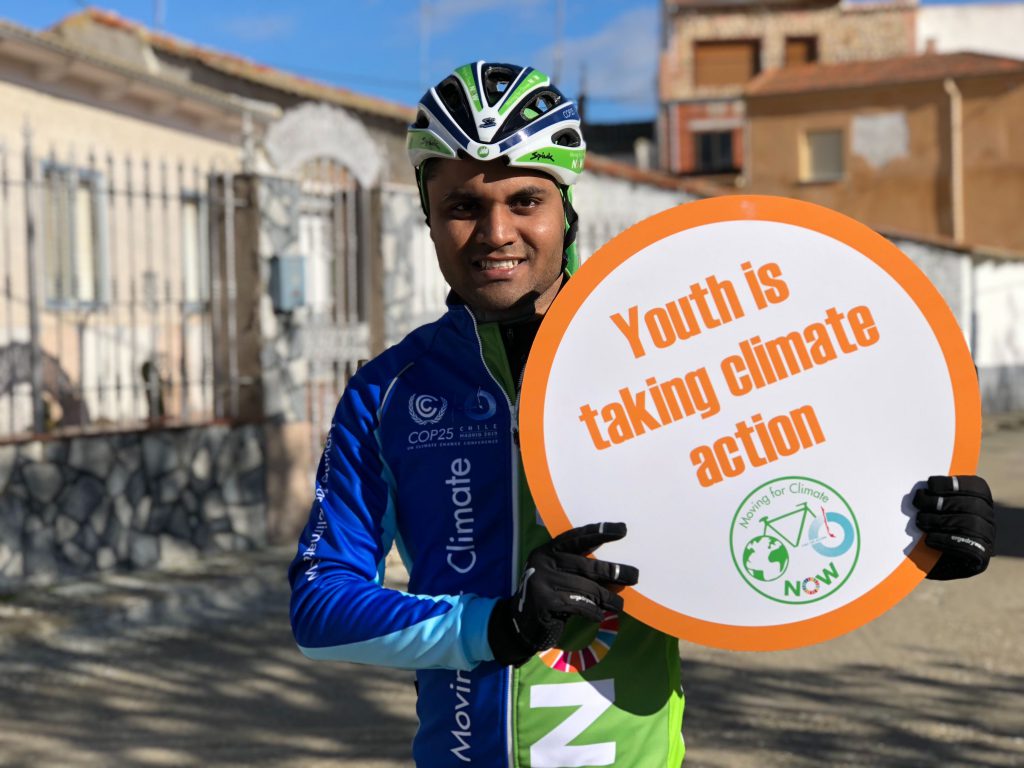 There are a number of measures that have been identified to achieve such a goal. They consist of:

Moving for Climate NOW is in line with the United Nations 2030 Agenda Sustainable Development Goals (SDGs), especially regarding climate action (goal 13) and alliances to achieve the goals (goal 17). It is also involved in the fight for gender equality (goal 5) and strives for affordable and non-polluting energy (goal 7). Regarding the latter, it should be noted that emissions caused by the cycling journey from Salamanca to Madrid have been calculated (with CeroCO2) and that the resulting carbon footprint will be acted upon through the purchase of carbon credits from the UN’s Climate Neutral Now and CeroCO2 platforms.