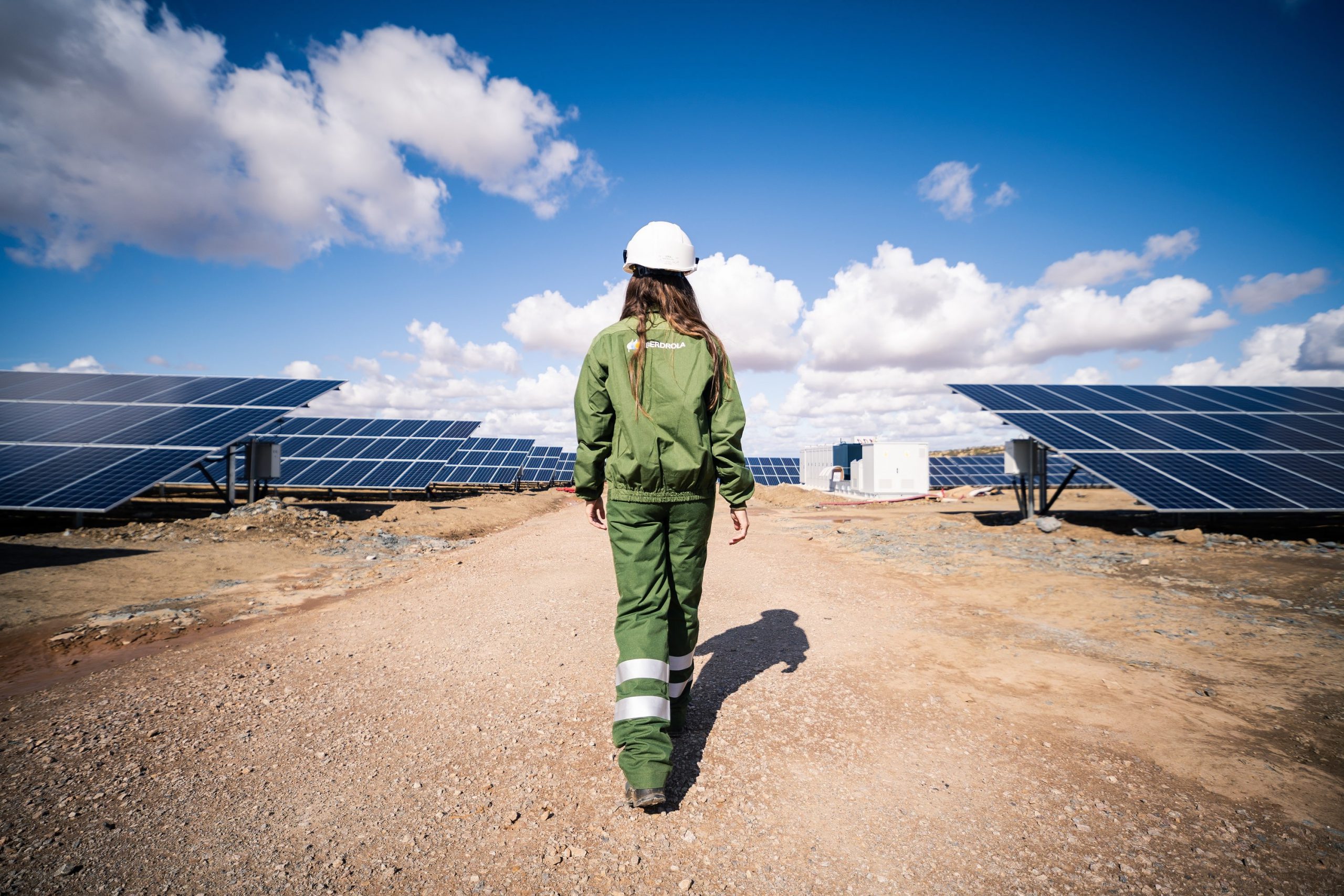 Iberdrola marks its commitment to innovation and renewable energies as the best engine for rural development.

Iberdrola’s commitment to sustainability is increasingly visible and solid in Castilla y León (Spain), where the company is a leader in clean energy. And this strategic vision is shared by the emblematic Abadía Retuerta winery, which has launched a photovoltaic self-consumption project in partnership with the electricity company that allows the Ribera del Duero firm to supply itself with 100% clean energy.

In Castilla y León, Iberdrola is going to start up more than 1,800 MW in renewable, wind, and photovoltaic projects in the coming years, for which it will allocate investments of more than 1,300 million euros. This volume of resources will boost the industrial fabric and generate employment for 18,000 people.

Currently, the company is immersed in the processing of such a relevant wind project, the Iglesias wind farm, which will be made up of the highest-power wind turbines installed in onshore wind power in the world to date. In fact, it has started commissioning its first photovoltaic project in Castilla y León, where it already operates more than 5,150 MW, placing it as the autonomous community with the most ‘green’ megawatts installed by Iberdrola.

As is usual at Iberdrola, these projects have a significant local component. In the region, there are annual purchases worth 150 million euros from more than 700 local companies.

The dual use of land for agriculture and energy relieves pressure on ecosystems and biodiversity, which are affected when cultivation areas are expanded.

The development of photovoltaic plants is becoming important refugees for biodiversity, through the creation and conservation of ecosystems and the absence of human activity inside the enclosures.