The Green GEMS of renewable energy

The Green GEMS of renewable energy

A new acronym has appeared in the world of energy. The Green Energy Majors, or the ‘GEMS’, are a group of European utilities poised for success thanks to the EU’s green deal, according to a report from Goldman Sachs. The companies include Iberdrola, Orsted, Enel, Solaria, SSE and others.

Now these sustainably focused energy companies “should enjoy unprecedented growth,” Goldman Sachs said. “The green energy majors are likely to deliver solid growth until 2030”. The three biggest GEMS (Iberdrola, Orsted and Enel) have outperformed Europe’s big three oil majors (Total, BP and Shell) by 300 per cent since 2010. And there is increasing evidence that the oil majors are scrambling to catch up. 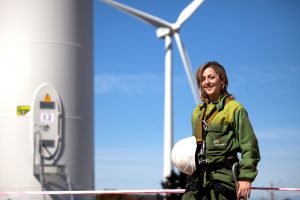 “As we believe the Green Energy Majors companies are likely to outperform the rest of the sector, their share (as a percentage of total sector capitalization) is likely to keep increasing. In our view this would gradually transform an industry that was originally considered a bond proxy by investors into a secular grower”, Goldman Sachs said. 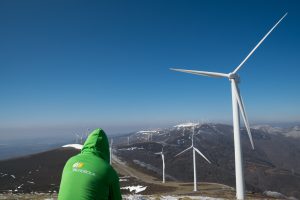 In the opinion of the global investment banking, securities and investment management firm, if the Green Energy Majors continue their successful capital allocation, re-rating should continue. Exhibit 27 shows that – since 2010 – the market cap of the three largest European GEMS (Enel, Iberdrola, Orsted) has increased by c.240% (Orsted was listed in 2016), to a combined value of €231bn. By contrast, the market capitalization of Total, BP and Shell has dropped by c.26%, to a combined value of €214bn.

Today the Green Energy Majors (Enel, Iberdrola, Orsted, RWE, EDP/EDPR, SSE, Solaria, Endesa, Acciona) account for about two-thirds of the sector’s investments in clean infrastructure. “Thanks to their early mover advantage – typically implying stronger operational skills and larger pipelines of projects – and a solid balance sheet, the GEMS’ share of green energy capex could move to well above 67% we estimate under our global green deal scenario”, Goldman Sachs points out, highlighting that the recent industrial plans of Enel and Iberdrola (where the companies upgraded investments by 70% and 85%, respectively, for 2020-30 and 2020-25) shows that this trend is already under way.