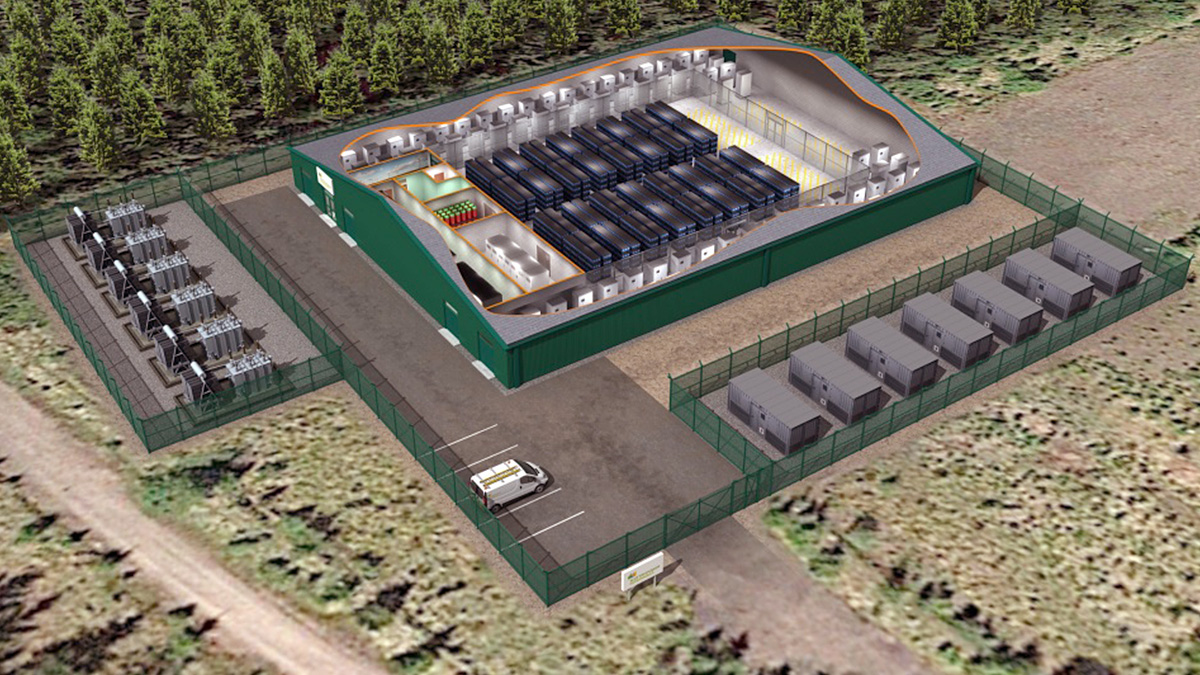 Whitelee Windfarm’s 215 turbines have been successfully providing clean green renewable energy in the UK for almost a decade. This major windfarm, located 20 minutes from Glasgow, is owned and run by renewable energy company ScottishPower, which operates almost 40 other windfarms in the UK.

ScottishPower has been committed to fulfilling climate change targets by building powerful and green facilities across the UK. Whitelee’s turbines, ranging up to 140m height, can generate 539 megawatts of electricity, which is equivalent to providing energy to all households in Glasgow. ScottishPower’s new super battery plan will make this windfarm even more efficient and significant in the field of green energy.

One of the largest battery projects in the UK

With the largest storage capacity ever created, this battery will allow excess wind energy to be stored even when the wind is not blowing. Given its ability to achieve full charge in less than an hour, the Whitelee super battery is a ground-breaking new development in the UK’s renewable energy field. At the same time, its advantages include the ability to be entirely discharged or used in bursts according to needs, complementing the electricity network by participating in its stability.

It will function when demand is low and when wind gusts are high, and on the contrary will provide energy when demand is high and wind is low. In this way, it will participate in stabilising the electricity grid. Monitoring and flexibility will be improved by carrying out tasks such as reactive power and frequency response to National Grid.

Cost-effective and environmentally friendly, 50MW lithium-ion battery technology will be used on the storage site.

This storage center, which will be built on a vacant area right at the edge of the current windfarm, will be the size of half a football pitch. This placement will allow for the optimisation of the initial infrastructure.

These construction plans were approved by South Lanarkshire Council last May and given permission in June by the Scottish Ministers. The construction work should begin in the next few weeks, with the goal of being finished by the end of the year.

According to ScottishPower CEO Keith Anderson, this battery will change perceptions about the availability of renewable energy, which is often pointed out as being unreliable. The use of a battery to store variable natural ressources, like wind and solar energy, will allow them to be accessed in a more efficient way.

« This is a significant step forward in the road to baseload for renewable energy, » he said. In other words, this battery will help ScottishPower work towards securing the minimum level of demand for renewable energy. The better use of onshore wind will contribute to the goal of drastically increasing the availability of green energy.

“If we are to meet the bold target of net zero by 2050 and deliver the decarbonisation of our economy, transport and heating systems, large battery storage facilities such as this along with more windfarms like Whitelee are crucial,” added Keith Anderson.

ScottishPower hopes to establish this technology at its other windfarms and solar sites in the future, showcasing their investment in green energy over traditional fossil fuels.