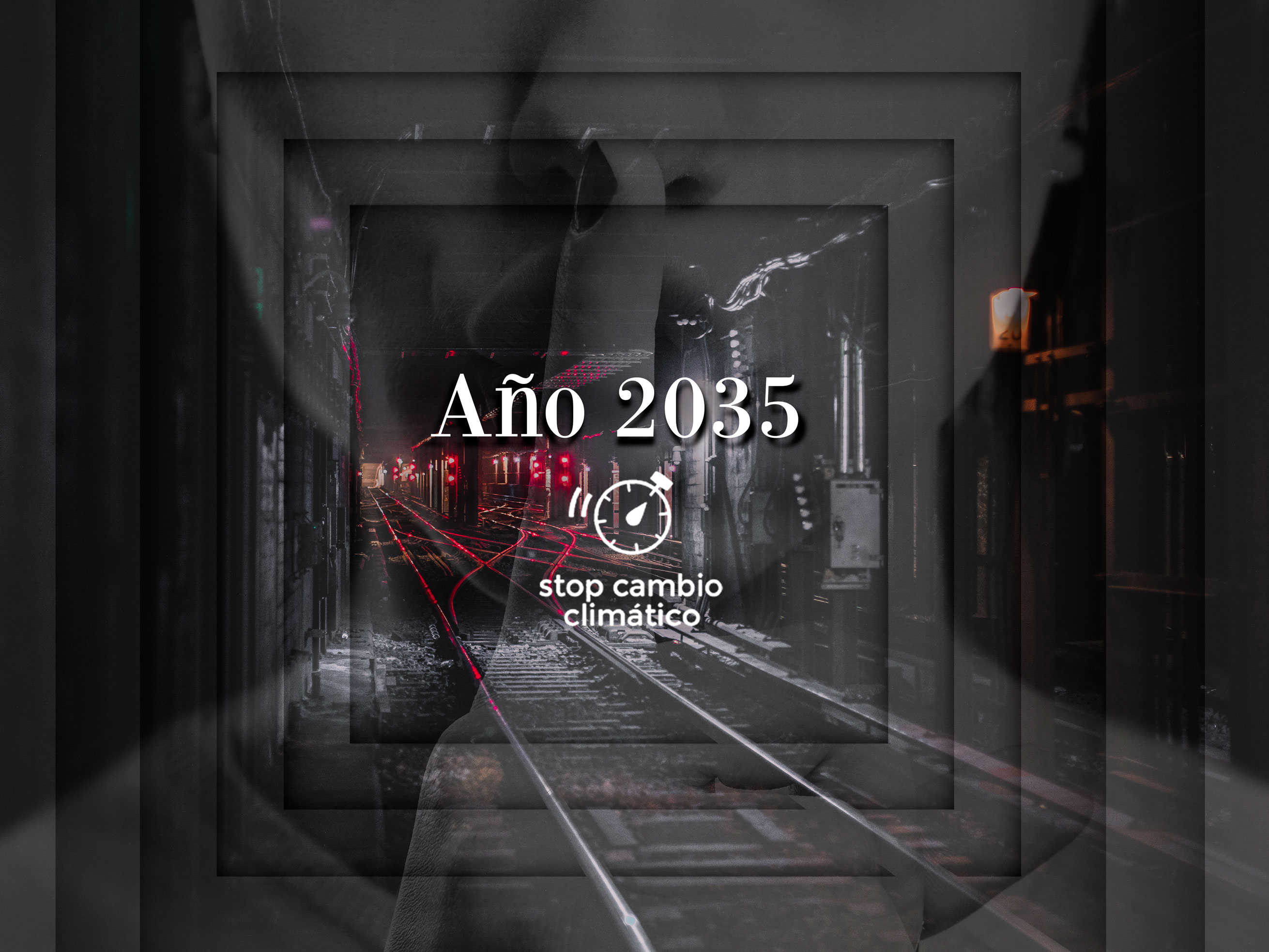 For years, it was thought that Earth was a planet straight out of science fiction. A living proof, a malicious project of some extraterrestrial civilization that tested humans to see how long they would be able to survive their own mistakes.

And although the agony lasted several centuries, in the end… They went extinct.

It all began with the pollution of rivers and lands that were once fertile. This was followed by the extinction of animals that inhabited those ecosystems. With no possibility of obtaining water nor food, and exposure to high temperatures and solar radiation, they achieved what some inhabitants of the planet had even predicted: the total extinction of the population.

Only the resistance could survive, living in underground tunnels, creating their own vegetable gardens, protected from heat and radiation. It is thanks to them that we know what happened during those final years.

The following recording was found by Commander Juki, from planet A73 of this galaxy, during her first mission in the terrestrial year 2035.

This is how the dystopian story about the future of our planet begins.

A scenario that should sound distant and unlikely but, as we progress through the events that led our protagonists to take refuge underground, we realize that it all sounds too familiar… too real… too likely.

Do you think 2035 is too close a time to talk about a terrifying future?

According to the UN, in 2050, the planet could be uninhabitable

Did you know that a recent United Nations report states that the planet could become uninhabitable by 2050?

Yes, 250 experts agree that only 30 years separate us from the end of our planet as we know it.

How can we live on a planet where the air is completely polluted? It would be like trying to get a fish to breathe out of water. Have you ever thought about what will happen when the temperatures are so high that even at night we won’t be able to go outdoors?

We don’t know if when the worst omens come true – and we don’t seem to be moving in the opposite direction – people who manage to survive will end up living underground as it happens in our story, or if on the contrary we will invade another planet to start from scratch. But what we can assure you is that we are moving unstoppably towards the impossibility to inhabit this planet, the destruction of all its species, and the proliferation of diseases that have never been suffered from before.

How can we save the planet from this disaster?

The specialists, who have written the 800 pages of this report in order to help us understand that the solution is in our hands, assert that, among other things, we must urgently reduce polluting gases, as well as the consumption of plastic.

To save the planet, we have to reduce our ecological footprint by 40%

What happens if we don’t?

From Iberdrola, hand in hand with We Love Renowables, we keep raising awareness about the importance of taking part in the care of our planet and the environment. With this podcast, we want to reach more people, in a different and entertaining way. Will you help us?

When you visit any website, it may obtain or save information in your browser, generally through the use of cookies. This information may be about you, your preferences, or your device, and is primarily used to keep the site working as expected. The information does not generally identify you directly, but it can provide you with a more personalized web experience. Since we respect your right to privacy, you can choose not to allow us to use certain cookies. Click on the headings for each category to learn more and change our default settings. However, blocking some types of cookies may affect your experience on the site and the services we can offer. For more information you can visit our Cookies policy.
Technical Cookies Always Enabled

Marketing Cookies
Marketing or advertising cookies are used to analyze your behavior while visiting the website and so that, from time to time, other providers can offer you personalized and relevant advertising according to your browsing profile.
Statistics Cookies
We use statistical cookies to see how you interact with the website, gathering anonymous information during the time you browse it. The purpose of collecting this information is to make improvements to the website based on the analysis of the aggregated data.