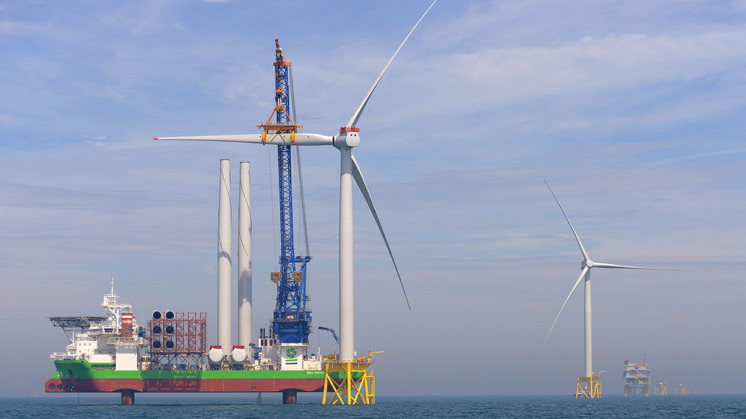 Iberdrola continues to strengthen its presence in the offshore wind energy industry, which is the most promising renewable energy source today. They are already the leading developer in the Spanish market and one of the top ten in the world.

The company has taken one of the last steps to complete its East Anglia One offshore wind ‘mega-project’, which they are building in the waters of the North Sea (United Kingdom). It will be one of the largest of its kind when they start their operations at 100% soon, with the installation of all the turbines, a process that has been completed in the midst of the coronavirus health crisis.

Siemens Gamesa has been the supplier of the 102 turbines of the ‘SWT-7.0-154’ model, whose installation process began in June last year. All the turbine components have been pre-assembled and loaded from Peel Ports Great Yarmouth, with an investment of five million pounds (about 5.75 million euros) by Iberdrola’s UK subsidiary – ScottishPower – in the port to prepare it for construction and operation.

With a total of 714 megawatts (MW) of capacity, East Anglia One will supply clean electricity to about 630,000 British households.

Charlie Jordan, East Anglia ONE Project Director at ScottishPower Renewables, said: “Successful installation of all the turbines is a tremendous achievement for the East Anglia ONE project. It brings us another step closer to completion when the wind farm will be producing the clean, renewable energy the UK needs to decarbonize and meet its pledge to reach net-zero by 2050. This project is a testament to the leading role East Anglia is playing in offshore wind and is delivering tangible benefits for its people, businesses,3 and communities, including the creation of more than 800 jobs and spending over £70 million with companies across the region.”

With a total investment of around 2,500 million pounds (about 2,875 million euros), the project has a total area of about 300 square kilometres, equivalent to 40,000 football fields.

Iberdrola has also recently announced that it is going to develop a new macro-wind complex in East Anglia, called the East Anglia Hub, which will include the three projects it had in its portfolio in that area: East Anglia One North, East Anglia Two and East Anglia Three. With 3,100 MW of installed capacity, it will require an investment of around 6,500 million pounds, and its construction, which will take four years, is expected to start in 2022.

Iberdrola’s chairman, Ignacio Sánchez Galán, estimates that East Anglia One could be fully operational in four to five weeks.

The construction of East Anglia One will leverage the incipient offshore wind industry in Europe, which is key for several industrial sectors, including the naval one.